4 Simple Ways for HR Officers to Save Big

Posted by Frank Strafford on November 25, 2015 in Uncategorized,

A 14-year-old kid suggested that the US government could save millions per year in printing costs by switching fonts from Times New Roman to Garamond. An airline saved tens of thousands by removing one olive from the salads of its first class passengers. HR officers can save easily as well with these 4 simple tips.

As a facility owner or operator, here are a couple of simple equations that can help your facility save big. 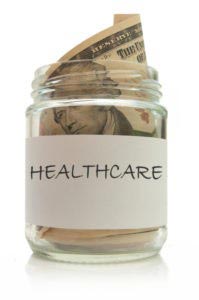 Health Compliance: A Guide for MAOs & ...

Hand Holding Magnifying Glass Seaching Missing Puzzle Pieces "COMPLIANCE" One of the ways that the Centers for Medicare and Medicare Services (CMS) ensures quality service and safety throughout thei...

Elder care has been a concern for the nation over the past decade, and the need for qualified personnel and reputable facilities is continuing as a high demand.  With this swelling demand, there is g...

Incompleteness of information on the OIG Exclusion List (LEIE) can occur for many reasons, and some are as simple as typographical errors. One of the more serious issues is the failure ...