Can You Provide Incentives for Exclusive Lab Arrangements?

Posted by Frank Strafford on April 6, 2015 in Exclusions, Industry News,

At the end of last month, the Office of the Inspector General of the United States Department of Health and Human Services, issued an advisory opinion for all healthcare compliance officers — but really, anyone involved in keeping organizations off the federal and state exclusion databases or conducting hospital screening — should be aware of. Here’s a breakdown of Advisory Opinion No. 15-04, minus the technical jargon:

The opinion was requested by a multi-location laboratory seeking to work with physician practices. Under a proposed arrangement, a lab would perform services for all of a practice’s patients regardless of their insurance 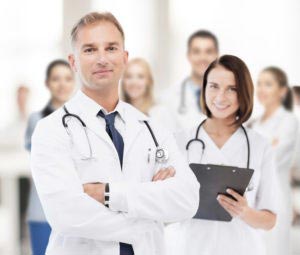 plans, simply waiving fees for patients whose insurance plans require them to use specific other laboratories. Thus no one, including the physicians, would be billed for services provided to patients whose insurance plans required them to use a different lab. The lab (termed in the advisory as the “Requestor,” if you’re reading the original) wanted clarification on whether this would violate anti-kickback laws.

The OIG responded that the proposed arrangement could, indeed violate federal anti-kickback laws and result in exclusion from federal healthcare programs. That’s because the purpose of the arrangement would be to secure referrals; while physicians would not receive direct payments, the OIG decided that the convenience of using a single lab interface (as well as avoiding fees associated with multiple lab interfaces) would amount to “remuneration” because it could involve improper steering of patients for the doctors’ benefit. The OIG also expressed a concern that the system could lead to charging Medicare and Medicaid patients more than usual for some services.

Reading Between the Lines

The OIG, of course, states that this advisory opinion can’t be used to justify actions or inactions by any other parties in the future, but there are a few key takeaways for healthcare compliance officers. First, it is reasonable to see this as further evidence that exclusive laboratory arrangements including or excluding payments to referring physicians are frowned upon by the OIG, and it’s probably not worth taking that risk. And more generally, the opinion is a reminder that working with the OIG is not a “better to ask forgiveness than permission” situation. If you are not sure whether an arrangement is unlawful, you should ask for guidance. And if you discover some evidence of fraud that would subject you to civil monetary penalties, you can use the Provider Self-Disclosure Protocol, which has been in place since 1998 to encourage providers, suppliers and individuals to self-report and avoid further penalties.

One thing is certain at this point: You don’t want to get on the bad side of the OIG. It recovered about $4.9 billion and added over 4,000 new individuals and entities to the exclusion lists in 2014. If you’re a healthcare compliance officer, your job is to make sure your organization isn’t one of the ones writing checks or ending up on those lists in 2015.

The Role of OFAC The U.S. Office of Foreign Asset Control (OFAC) is the department of the U.S. Treasury responsible for promoting U.S. foreign policy and national security agenda with regard to foreig...

Despite all of the technological advances in the field of OIG exclusion verification, separating real matches from false ones is still an exercise in fru...