Posted by Frank Strafford on May 7, 2015 in Uncategorized,

When the Federal OIG threatens to enforce exclusion, they mean business.  Pronto. 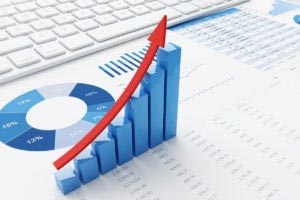 The Federal OIG’s Ohio State Medicaid Fraud Control Unit: 2014 Onsite Review slaps the Ohio State Unit on the grounds that it ‘did not consistently submit reports of convictions within the appropriate timeframe to OIG for the purpose of program exclusion’.

According to the 2012 revised Performance Standard 8(f), the Unit has a responsibility to transmit “all pertinent information on MFCU convictions within 30 days of sentencing, including charging documents, plea agreements, and sentencing orders.”

No exceptions, no excuses – not even for the Ohio State Medicaid Fraud Control Unit.

Pandemic-Related Waivers by CMS and the ...

COVID 19 has resulted in a flurry of waivers by federal and state regulatory agencies related to the provision of health care for Medicare and Medicaid patients. The CMS blanket waivers (issued as “...

Highlights of the 2017 OIG Work Plan

The OIG recently released their 2017 OIG Work Plan. It’s a great way to be informed of what new and ongoing reviews and activities the OIG considers a top priority for this coming year's agen...

Symbol of internet security with binary character hand and padlock The Importance of the Death Master File Ghosting, or stealing the identity of a deceased individual is one of the oldest form...