Posted by Frank Strafford on November 18, 2014 in Exclusion Screening, 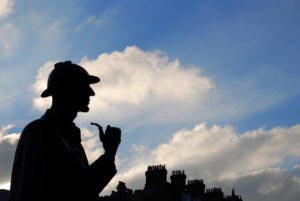 Despite all of the technological advances in the field of OIG exclusion verification, separating real matches from false ones is still an exercise in frustration.

Assuming you’ve got the right software, a typical OIG exclusion search is easy: You simply type in the employee’s name, date of birth and social, and you get an instantaneous list of potential matches.  Now you’ve got to figure out if those potential matches are just random people, or if your employee is actually one of them.

And that’s where the fun begins…

The easiest, most foolproof way of making that conclusive determination is by verifying the social security numbers.  Some states, such as Texas and Louisiana, have social security portals right on their verification database sites.  Unfortunately, the vast majority of states do not.

Your next option is to try to verify the social or DOB by contacting the state agency directly.  Traditionally, this option includes the requisite runaround of calling in, waiting on hold, getting transferred to a different extension, waiting on hold again, getting transferred to a third and fourth extension, etc….after which you finally get the information you need.

Here at Streamline Verify, we were able to mitigate that phase of annoyance by incorporating a direct email feature into our software.  This method was so well-received that a representative of the State of Ohio actually ended up contacting us to ask how he could cut down on the huge number of social security verification request emails that he was now fielding from our clients!  We respectfully replied that the solution is simple: Build an online social security portal, or even just include DOBs on your database, and none of us will have to hassle with this stuff at all!  He took us up on the suggestion, and Ohio now lists DOBs on its website.

Finally, after having narrowed down your list of potential matches, you’re left with the most difficult ones of all: the states that don’t even possess lists of socials or DOBs themselves!  California, for example, incorporates exclusions and sanctions from a host of Medical Boards, several of which refuse to release lists of DOBs or socials to the exclusion agency.  North Carolina has temporarily taken down its database while it undergoes reconstruction, despite the fact that potential matches are still showing up in the old database; and when you contact the state agency for verification of a match, you are told that the only thing you can do is check the Federal OIG site, which generally does not include the listing that you need.

Well, now you’re kind of stuck.  Calling the Medical Board (which originally designated this exclusion) won’t help; you’ll only be told that HIPAA laws forbid the disclosure of this type of information.  You can try to do some sleuthing by doing a license check on the State Medical License Board; occasionally, you can get a DOB that way.  Failing that…well, the next step would be to call in Sherlock Holmes.

Are you a compliance junkie? Show  your true colors with a hashtag bumper sticker that says it like it is! Choose your favorites, and request them free at www.streamlineverify.com/contact/. ...

Understanding Waivers & the Duration of OIG ...

Exclusion Background As noted in past blog posts, HHS OIG Exclusions are comprehensive and significant. Exclusion from participation in federal healthcare programs can have a profound effect on a pro...

What To Do if You Currently ...

I Found Out I Employed An Excluded Party...Now What? (Understanding Self-Disclosure Protocol)     Discovering that you’ve employed an excluded individual can happen eve...