Posted by Frank Strafford on December 2, 2014 in Industry News,

It was completely unexpected.

One fine day in March, Texas-based corporation Daybreak Venture, LLC, received a letter stating that excluded individuals had been discovered amongst its employee rosters.  Seven months later, the episode closed with a fine of $357,341.96.

Daybreak is a reputable skilled nursing facility chain, encompassing 74 member facilities.  The company database includes some 50,000 employees and 16,000 vendors, culled over the course of the corporation’s history.  The OIG alleged that five facilities had each employed one individual who was excluded from participating in any Federal health care programs; and that these facilities had, in turn, billed Federal health care programs for items or services provided by the excluded individuals.

None of the names listed in the fateful letter belonged to current employees.  Each and every one was a former employee, who was no longer with the company. 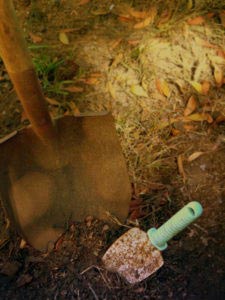 What prompted Washington to begin digging up records of years’ old bills?  The official OIG news release says that the excluded individuals were identified through a ‘data analysis project initiated by the OIG’s Office of Audit Services’; but the details of this project are shrouded in mystery, leaving facility owners with no way to gauge the scope of this project, and – most importantly – no way to figure out whether or not they are soon to be hit with the same.

While the OIG left no hint as to which arm of the OIG instigated the investigation, three OIG offices had a hand in finalizing the settlement: the Office of Investigations, Office of Audit Services, and Office of Counsel.  Clearly, the OIG means business.

What will be next for facilities?  Nobody knows.  But the knowledge that the OIG will be combing through ancient billing histories is likely to prompt many COOs to rethink their exclusion screening protocols.

There is no question that a large number of social video challenges have been extremely useful for all kinds of purposes and the latest trend is called The Mannequin Challenge. We have already seen ot...

The Often-Unknown Impact of OIG Exclusions

Search the internet on OIG enforcement and you will eventually find articles about nurses, physicians, pharmacists and other licensed medical personnel and their travails related to OIG exclusion. A c...