The Fraud That Binds?

Posted by Frank Strafford on June 20, 2016 in Industry News, 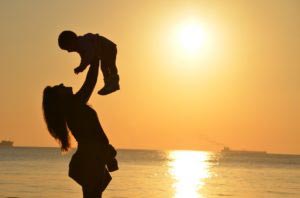 Just a few months into 2016, and already, a mother-daughter tandem is causing ripples in the health care pond by pleading guilty to second-degree Medicaid fraud in Hawaii last March 9.

The “mother” in this case is a former office manager for a home health care company called Mastercare. Susan Escobar created fraudulent timesheets and fake progress reports under her daughter Yolanda Escobar-Hiro’s name. The billed Medicaid services were supposed to be for Susan Escobar’s former mother-in-law who was residing with her in Hilo. Yolanda never performed these services, since she lived, worked part-time, and ran a business in Kona.

The defendants were ordered to pay $7,000 as partial repayment for investigative costs to the Medicaid Special Fund. In addition, the mother and daughter are to complete 200 hours of community service, as well as pay $7,068 in restitution.

Attorney General Doug Chin promised a continuous and thorough investigation and prosecution of these types of cases. “Medicaid funds received by the State of Hawaii from the federal government provide services to people in need and are diminished whenever a provider commits this type of fraud”, he said in a statement.

Cases like these just go to show that fraud is oftentimes a concerted effort – and one that deserves to be nipped in the bud or have a whistle blown at. Though it is understandably easier to imagine strangers or work colleagues banding together to create health care fraud in varying degrees, the sad truth is that close relatives, family members, and friends often commit the same crime by turning a blind eye to these activities – even if it happens with their full awareness (and sometimes, consent).

If these incidents continue, we might be looking at health care fraud being elevated into the same type of organized crime that big-time gangs and criminal rings are known for. When that happens, the violation of the trust that holds the medical community together could be so severe, it might disrupt the entire system of health care as we know it.

Healthcare organizations are now able to screen against the state exclusion databases of both New Hampshire and Delaware. They are the latest addition to Streamline Verify’s database portfolio. This...

Like you, Streamline Verify puts security first! In healthcare, data is sensitive and handling it properly is a pressing concern. That’s why we’re careful to implement cutting-edge systems and pro...

Incarcerating almost 200 medical professionals in June 2018, the Office of Inspector General (OIG) launches its largest healthcare fraud takedown in history so far. This concerted effort by the federa...