Posted by Frank Strafford on November 4, 2014 in Industry News, 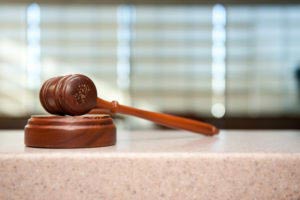 Is the OIG getting even tougher?
Something to think about.  On October 31st, the OIG released its 2015 Work Plan, which, to quote the OIG, “summarizes new and ongoing reviews and activities that OIG plans to pursue with respect to HHS programs and operations during the current fiscal year and beyond.”

What does the OIG have in store for exclusion screening over the course of the next fiscal year?  Plenty.  Here’s a brief quote to chew over – the description of an enhanced watchdog program, brand new for 2015:

We will determine whether HHS operating divisions are taking adequate precautions to ensure that individuals and entities suspended or debarred are not awarded Federal grants or contracts. To protect the Government’s interests, Federal agencies are required to make awards only to responsible sources—those that are determined to be reliable, dependable, and capable of performing required work. One way to protect the Government’s interests is through suspensions and debarments, which are actions taken to preclude firms or individuals from receiving contracts or assistance because of various types of misconduct. A suspension is a temporary exclusion typically pending the completion of an investigation or legal proceeding, while a debarment is for a fixed term that depends on the seriousness of the cause, but generally is for a period of 3 years. These exclusions are reported in the System for Award Management (SAM), maintained by the General Services Administration, along with violations of certain statutes and regulations. A previous report by the Government Accountability Office (GAO) found that some agency programs need greater attention, and governmentwide oversight could be improved. (OAS; W-00-15-59024; expected issue date: FY 2015)

What that means is that an employer can be subject to additional, intensive scrutiny, simply because he or one of his constituents was included in a grant proposal.  This program is being put into place for the first time in 2015, in addition to the OIG’s already-existing watchdog methods…which have made life complicated enough already.

Tougher?  We think so. 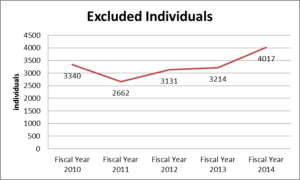 So, is the crackdown on excluded individuals getting worse?  Sure.

Should employers be worried about it?  Well, that all depends on what kind of steps they’ve taken to make sure that they’re always protected.

Please refer to this resource for more helpful information on OIG Exclusions and LEIE searches.

Federal exclusion requirements have been in place for years. However, in the last decade there have been significant legislative efforts to strengthen and extend Medicaid program integrity controls to...

Among the many responsibilities of the Office of Research Integrity (ORI) is the oversight and maintenance of the PHS Administrative Action Bulletin Board. This board shows all individuals who are the...

Can You Be Paid Post-Exclusion for ...

It's generally a fairly simple concept that an entity that hires or contracts an excluded individuals is subject to monetary penalties. But what happens when those lines get a little fuzzier? A bull...