Are all excluded individuals criminals?

If a medical provider has been excluded from participation in Federal and State healthcare programs, does that mean that s/he is a criminal? 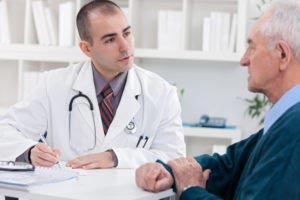 Exclusion from Federal and State healthcare programs can be the result of a host of misdemeanors, including letting one’s license lapse or defaulting on a student loan.  Not the nicest thing to have on one’s record, granted; but far from a criminal conviction for patient abuse or mistreatment.

Just one week ago, the Dayton Daily News reported on hundreds of doctors who collectively owe $115 million to the Federal government, after defaulting on loans received through the now-defunct HEAL program.  Fifty-five Ohio doctors owe a total of $4.3 million, with judgments dating back to 1994.  Slowly but surely, the law is catching up with these defaulters, and classifying them as excluded individuals.

The article, Docs who got loans owe millions, describes some of the offenders.  They are garden variety doctors, dentists, and mental health professionals, who have maintained private practices for decades.  The interviewees explained that the loan’s “crushing variable interest rates — which rose to double digits at times” made it nearly impossible for borrowers to meet their obligations in a timely fashion.

The argument over whether or not the doctors were justified has proponents on either side; but regardless of where you lay the blame, the fact is that the vast majority of excluded physicians have begun to make payments, in an effort to earn reinstatement — and the right to collect Medicaid payments once again.

The Parthenon of Healthcare Compliance   https://youtu.be/5TQg1A3ovRA   At the 2016 HCCA Compliance Institute, an annual conference for compliance stakeholders, Inspector General of the ...

There are specific screening requirements for health care employers who receive federal funds as participants in federally-funded health care programs, but screening against abuse registries is an oft...

WHAT EVERY HEALTHCARE EMPLOYER NEEDS TO ...

The Basics - Failure to Monitor Federal Exclusion Lists Can Hit Your Bottom Line Health care providers which serve Medicare and Medicaid enrollees have a duty to know if their employees, contract...