The Role of OFAC

The U.S. Office of Foreign Asset Control (OFAC) is the department of the U.S. Treasury responsible for promoting U.S. foreign policy and national security agenda with regard to foreign powers, whether individuals, countries, or regimes, whose activities and policies contravene these American goals. OFAC primarily employs a toolbox of sanctions and other means of economic leverage to bring those involved in narcotics, terrorism, and other activities that threaten national security into line. Following

in the footsteps of the Office of Foreign Funds Control, OFAC was designed in 1950 as a means of sanctioning both China and Korea during the Korean War. It functions with the authority of presidential national emergency powers as well as specific legislation that grants the agency its ability to establish trade restrictions and block assets as effective means of achieving foreign compliance. These sanctions are based on United Nations’ and other international mandates, and often rely on close cooperation with the governments of those countries in question.

To ensure OFAC compliance, and the agency’s effectiveness in influencing those individuals and countries that violate the American security concerns and more, the agency publishes a list of those parties who are acting on behalf of the targeted countries, for example, as well as those entities that are not bound by a given country’s boundaries. The individuals and other entities – including, for example, front companies, those acting on behalf of a targeted country or group, and parastatal entities — who are included on this list are dubbed, “Specially Designated Nationals,” and are known as SDNs. Note that the authority that designates SDNs derives from the U.S. Trading with the Enemy Act, the International Emergency Economic Powers Act, the Anti-Terrorism and Effective Death Penalty Act, and comparable legislation.

To be sure, the assets of these individuals and entities are blocked, and OFAC members may not accept funds from them. That means that in the commodity markets, and including the large number of insurers and banks, futures commission merchants 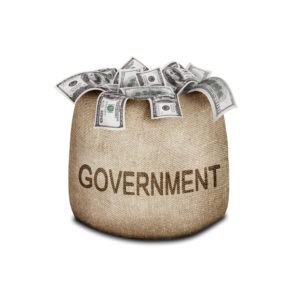 (FCMs) and introducing brokers (IBs) must make sure that they avoid all business with SDNs – requiring that they conduct an OFAC SDN search to ensure that no new customer is on OFAC’s sanctions list and that existing customers do not appear on updated versions of it. Considering the reach of the financial and insurance markets, as well as the economic sanction and embargo programs targeting specific governments or geographic areas, the parameters of conforming to these OFAC regulations and ceasing all business dealings with SDNs immediately are extensive, and carefully articulated for those whose responsibilities preclude business dealings with any SDN.

The various industries that are subject to these restrictions each applications of OFAC compliance. For example, the insurance industry will address policy-holders, the withholding of claim payments, and so on – areas usually regulated by each state’s 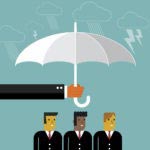 insurance statutes, but generally preempted (depending) by OFAC’s policies. Similarly, banks are expected to comply with OFAC regulations – and are largely left to their own devices to make sure that they do so. Internet businesses may pose particularly thorny challenges, when they appear to function in cyberspace, rather than be governed by any given political entity – at the end of the day, no internet 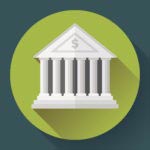 customer may violate U.S. law in his or her dealings online, however, to the extent that compliance with that rule will ensure OFAC compliance as well. That is, any engagement in prohibited transactions – those trade or financial dealings that are prohibited by OFAC – may result in legal action against those who violate the OFAC regulations, recognizing that the different industries may have different applications of these restrictions.

Note that no matter where in the world a company is, one critical aspect of OFAC compliance is simply the need to stay up to date. That is, just as a company’s customer or client lists change with new business, so OFAC’s sanctions lists change – and it falls on the business to conduct OFAC searches and checks to be certain that none of those customers or clients are on the new sanctions list (or to discover the need to cease all business dealings with such a party immediately). How 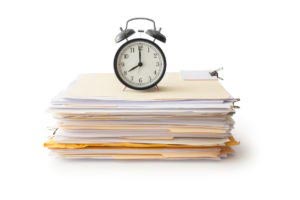 frequently an organization compares its lists against the OFAC sanctions list depends entirely on the internal functioning of the given business – but since OFAC updates may take place frequently, each company does well to refresh its compliance check accordingly. That is, in the event that a given company falls down on the job and discovers only after the fact that it was doing business with narcotics dealers or terrorists, when it could have identified those parties accounts as problematic, thanks to the OFAC sanctions list, the company itself is subject to enforcement actions.

The Value of Comparing Lists

OFAC compliance entails vigilance. The possibility of any given business associate appearing on the OFAC sanctions list may not be likely, but it most certainly exists. Particularly those industries with regular foreign financial dealings (of any kind) must therefore compare their own lists against OFAC’s lists carefully and in a regular way. Streamline Verify, a company with years of experience ensuring healthcare compliance – protecting against fraud and the like – is particularly well-situated to serve the insurance and banking industries. Streamline Verify’s cutting edge web application provides foolproof sanction screening of SDNs, to ensure OFAC compliance – and it’s user-friendly too.

COVID-19 Health Care Changes that May ...

The COVID-19 pandemic has changed the face of the health care industry on multiple fronts. These range from the multiple blanket 1135 temporary waivers issued by CMS that control how care for federal ...

Why Not to Invest in Exclusion Screening Software Plenty of healthcare organizations don't use exclusion screening software. Wondering why not?  Here's what they'll tell you! It's no big dea...

The U.S. Department of Health and Human Services established The Office of Inspector General (OIG) to carry out these basic functions: The identification and elimination of fraud, waste, and abuse of...