What happened to Small Smiles dentists? 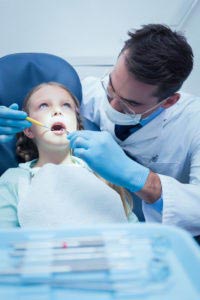 The dentistry was rotten; the teeth were not.

If there was ever a practice worthy of exclusion, Small Smiles Dentistry for Children was it.  To quote just one of the many reports released about the now-infamous chain:

Problems at Small Smiles first came to light in 2008 when Washington, D.C.’s WJLA-TV aired video of a 4-year-old boy strapped down to a so-called “papoose board” while screaming and kicking in terror. His mother was not allowed to be in the room. The dentist in charge admitted that the board was used to speed up treatments. Former employees alleged that bonuses were given for the amount of work done as well as for “converting” routine visits into major treatments. In the broadcast, the lead dentist scolds his staff for not billing enough and converting enough cases.

In 2010, the Justice Department fined Small Smiles $24 million as part of an agreement to settle charges of overbilling state Medicaid programs. Attorney General Eric Holder said at the time, “Many of these centers performed unnecessary and often painful dental procedures on unsuspecting, helpless children.”

Government monitors continued to find problems at a number of Small Smiles’ clinics. At a Manassas, Va., clinic in the fall of 2011, a monitor reported that 42 percent of the baby root canals performed by one dentist were medically unjustified. Of 34 patient records reviews, 26 of them were strapped down and 20 were not given enough numbing medication, leading the monitor to question whether children struggled with the dentist because they were in pain.

Enough said.  Small Smiles has since been put out of business, after a long and drawn-out legal process.  But as parents and kids breathe a sigh of relief on the assumption that the nightmare is over, an uneasy question still remains:  What happened to all of those dentists?

Now that Small Smiles is defunct, have the many dentists in its chain disappeared as well?  Obviously not.

According to the OIG,

On August 12, 2015, Dr. Robert E. Hackley, Jr., DDS, agreed to be excluded from participation in all Federal health care programs for a period of three years. OIG conducted an investigation of Dr. Hackley for dental care he provided to patients at Small Smiles Dentistry for Children in Colorado Springs, Colorado. OIG’s investigation revealed that Dr. Hackley furnished dental services to patients of a quality which failed to meet professionally recognized standards of care, including: performing medically unnecessary dental procedures, failing to treat existing dental conditions, and performing dental procedures that were below professionally recognized standards of care.

One Small Smiles dentist out of the picture.  But you just have to wonder: how long will it take before the others are found – possibly while practicing at other chains or joint dentistry practices – and excluded?

Reduce healthcare fraud and exclusions with this retention strategy: For more on exclusion visit our home page....

Differences Between the OIG’s LEIE ...

EXCLUSION LISTS DEMYSTIFIED Federal and state exclusion lists abound. There are two primary federal lists, which are addressed in this article, but to there are many other lists that should be cons...

State Medicaid Fraud Control Units are continuing a five-year trend of increasing convictions, civil settlements and exclusions for fraud and abuse. A report, released by the U.S. Department of Health...